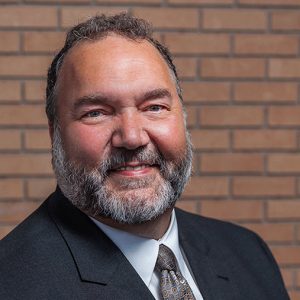 For the past 18 years, Bob’s practice has focused on complex commercial litigation, including accountant liability, attorney liability and liability of underwriters in securities offerings. Bob honed his litigation skills while practicing for nearly 17 years at Beus Gilbert PLLC, one of the most prestigious plaintiff’s litigation firms in Arizona. There he represented bankruptcy trustees in actions brought to recover hundreds of millions of dollars from “Big Four” and other accounting firms. He also represented scores of businesses in contractual and other disputes. Bob also has substantial experience in both commercial and residential real estate litigation. In addition, Bob has litigated numerous personal injury cases, including medical malpractice actions. Before moving to Arizona in 1997, Bob practiced at Thompson Coburn, a prominent firm in St. Louis, Missouri. There, for over seven years, Bob’s practice focused on representation of railroad companies in actions brought under the Federal Employers Liability Act, and in numerous railroad crossing accident cases in Missouri and Illinois courts. Bob has briefed and argued appeals in the United States Seventh and Second Circuits, as well as in the appellate courts of Illinois and Arizona. Bob graduated from the University of Illinois in 1986 with a bachelors degree in journalism, then graduated from Southern Illinois University School of Law in 1989 with a juris doctor degree cum laude. Order of the Barristers. Law Review. He served as a judicial law clerk to the late Hon. Howard C. Ryan, Supreme Court of Illinois from 1989 – 1990. Admitted to the Illinois Bar in 1989 and to the Missouri Bar in 1990. (Currently active in Arizona only.) Admitted to the Arizona Bar in 1998. 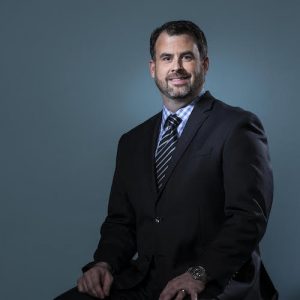 Sean Anthony Woods has extensive experience in the technology world both in the creation of software and the management of technology companies as well as over a decade of courtroom litigation experience.

For more than 15 years, Sean served in myriad capacities at software companies based in Arizona. In his roles, Sean provided oversight to Development, Implementation, Project Management, and Support teams.

Sean is an Arizona native born in Tucson and raised in Phoenix. He attended Brophy College Preparatory High School and has attended each of the major universities in Arizona including Northern Arizona University for his Masters Degree in Educational Technology and Arizona State University for his Juris Doctor.

Sean has a strong technical background and has an interest in staying current on legislation affecting this sector in all aspects – especially Intellectual Property. Sean further enjoys fostering entrepreneurship in his community and has a passion towards helping startups.

Sean focuses his practice in Federal Civil Rights, Injury, Technology and Commercial Litigation. With his strong technical background and years of litigation experience, he can pinpoint exactly where to look for skeletons in complex commercial litigation. This saves clients time and money as expert witnesses can hone in on issues without having to waste time searching for the issues.

Sean has helped clients recover millions of dollars in damages in litigation matters relating to contractual breaches and including but not limited to theft of trade secrets, Injuries, and Federal Civil Rights cases. 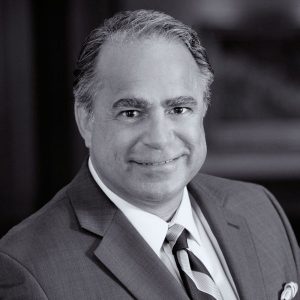 Thomas A. Connelly has been called all those things by his clients. And his clients call him time after time when their businesses need legal expertise or if they are threatened with or embroiled in litigation of all types – from business formation and transactions to ownership disputes to contract disputes to protection of intellectual property or trade secrets to regulatory issues.  With a legal career that includes time spent as a prosecuting trial lawyer, in-house counsel for a Fortune 300 corporation, and 15 years in private practice at Beus Gilbert, PLLC, a high-powered nationally-recognized plaintiff’s firm specializing in high-stakes civil and commercial litigation, Tom has cross-discipline legal skills and experience to provide valuable and cost-effective legal and business advice to businesses ranging from start-ups to major corporations. While he is passionate about the law, and loves being in front of a judge or jury, having worked in corporate America and been a small business owner himself, he understands his business client’s needs and priorities and appreciates the importance of getting legal issues addressed quickly and efficiently so his clients can concentrate on tending to and growing their businesses. Tom doesn’t just practice law, he inhabits it. And his first and last question is always: “How can I help?”

Tom has represented clients in several industries, including cannabis and medical marijuana, where he has developed a recognized expertise, computers and technology, architecture and design, construction, medicine, hospitality, securities, and others. Some representative cases include:

Playing a key role representing a bankruptcy trustee and noteholders of a sub-prime auto lending enterprise in claims of fraud, negligence, breach of fiduciary duty, and aiding and abetting against a Big Six accounting firm and former company officers/directors, which resulted in nearly $30 million in recovery for his clients

Settled claims of fraud, negligence, and breach of fiduciary duties for $7 million against a Big Six accounting firm after getting the trial court’s dismissal of those claims reversed on appeal

Negotiated and drafted consulting services agreements in the cannabis industry between cultivators, dispensaries, and extraction companies

Acting as outside counsel for medical marijuana cultivation company, dealing with lease issues, regulatory issues, employment issues, and many other operational issues

Authored more than 15 appellate briefs and argued numerous cases on appeal in the Ninth Circuit, Arizona, and Illinois appellate courts

Liz Small was admitted to the State Bar of Arizona on February 19, 2020. She started with Mills + Woods as a law clerk in May 2017 and is now an attorney. She enjoys plaintiff’s work of all kinds, but her passion is civil rights litigation.

Liz graduated in May 2019 from the Sandra Day O’Connor College of Law at ASU. During her time at ASU Law, she was awarded two merit-based scholarships, served as Treasurer of the American Constitution Society, and was a member of the Womens’ Law Students Association. Liz is originally from Spokane, Washington, but moved to Phoenix in July 2016 for law school. She graduated Magna Cum Laude from Eastern Washington University in 2015 with a bachelor’s degree in Political Science with Pre-Law focus and a minor focus in Business Administration. During her time at EWU, she was a member of the mock trial team and won best attorney at one of her trials. Prior to completing her undergraduate degree, Liz worked in insurance for nearly a decade and was a licensed insurance agent and adjuster.

When she isn’t working, Liz enjoys spending time with her husband, Mike, and their dogs, Achilles and Ned, and cat, Zeus. She also loves to travel, trying new food, and a good craft cocktail. Liz is an avid football fan and loves the San Francisco 49ers and the Washington State Cougars.

(But we try not to hold that against her)